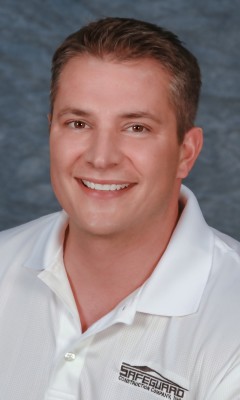 Kevin Schultz was born and raised in Wheaton Illinois, where he lived 22 years of his life. He attended Longfellow Elementary, Franklin Middle School and then Wheaton North High School, where he graduated from in 1992. He then attended College of DuPage for two years before transferring to Eastern Illinois University, graduating with a Bachelors Degree in Business and Mass Communication.

Throughout his High School and College career, Kevin worked for a number of different trades, including, but not limited to, Roofing, Siding, Windows, Gutters, Drywall, Painting, Concrete, Brick and Foundations.

After college, Kevin moved to Arizona, where he played for the Cubs semi-pro team. Unfortunately, his hopes of one day playing in the Major Leagues were cut short due an arm injury. He then pursued a career in a corporate setting, telecom sales. There he thrived for eight years, which was during the telecom boom, working for such giants as WorldCom, MCI, SBC and AT&T.

In the end though, his true passion would lie in helping people through home repair. After succeeding in the insurance claim industry and establishing a solid foundation in 2005, Safeguard was born. Kevin continues to better himself and the company by gaining certifications with industry leading professionals such as, Haag Engineering, USGBC, OSHA, Conklin Roofing Systems, Atlas Corporation, CertainTeed and Air Vent. Kevin has recently captured another milestone in his career by becoming a preferred “Umpire” within the insurance claim industry.
Kevin is a family man who devotes his free time to wife, Marina, and three daughters, Adrianna, Angela and Alyssa. He enjoys maintaining a healthy lifestyle, summer BBQ’s with family or friends and traveling during the off season. Kevin has donated to a number of charities which he supports each year and strongly encourages his outreach to extend throughout the surrounding communities. 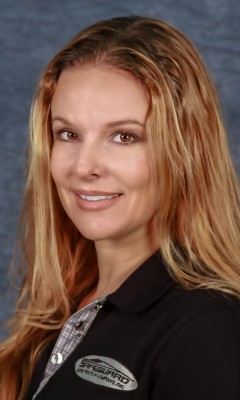 Marina was born and raised in Sarajevo, Bosnia and Herzegovina. She lived there until the age of 12 before her family was forced to leave the city because of the war. She attended Petar Petrovic Njegos Middle School in Sarajevo and then moved to Banja Luka (Bosnia and Herzegovina) where she graduated from High School in 1998. She then attended Faculty of Philosophy and graduated with a Bachelors Degree in Journalism.

Due to the unfortunate war circumstances, Marina and her family had to start from scratch. Thankfully, they had the opportunity to move to the United States in August of 2001, where they started their new lives.

Marina then attended College of DuPage for three years graduating with an Associate’s Degree in Travel and Tourism. Throughout her college career, Marina worked in retail where she successfully helped manage and grow several different stores. Shortly thereafter she obtained her Real Estate License and started her career.

Once Safeguard Construction was established in 2005, Marina found comfort working at the office and helping the family business grow.

Marina is happily married to Kevin and together they have three daughters, Adrianna, Angela and Alyssa. They have two dogs, Ricki and Bandit, which complete the “Schultz” family. Together, they enjoy spending time with close family and friends as much as possible. 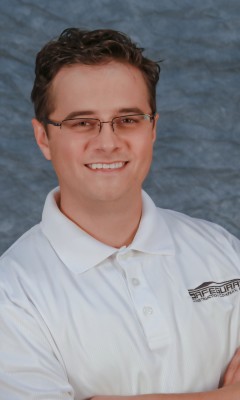 Sasa was born in Sarajevo, Bosnia and Herzegovina where he lived until the age of 9. Due to the unfortunate war circumstances, his family was forced to move to the nearby city of Banja Luka. There he attended Middle School and then High School where he graduated in 2001. After graduation, Sasa worked on a local television station in the Production Department.

Sasa and his family moved to the United States at the end of 2001. Shortly after, he started working at Dynawave Corporation, where he became a master technician building Ultrasound Machines. Although he excelled very quickly and increased production, Sasa aspired to be involved with the inner office. As a result of his great work, Sasa was promoted to office management within Dynawave. There he handled all of the company Sales, Payroll and Taxes, etc. During that time Sasa also attended the College of DuPage.

Sasa is happily married to his beautiful wife Jelena and together they have one daughter Kalina. In his free time, Sasa loves to travel, have BBQ’s with family and friends and stay active with outdoor recreation. 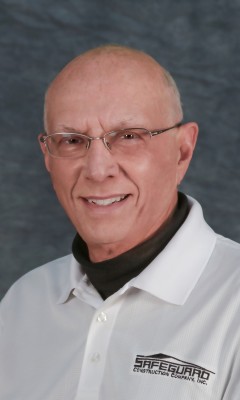 Chuck is a native Illinoisan, born and raised in Oak Lawn which is southwest of Chicago. He attended Oak Lawn Community High School. Following graduation, Chuck worked for Field Enterprises Corporation in the Merchandise Mart. During that time he also went to an Automation Trade School to learn the operation of Tabulating and Computer systems. This training formed the foundation for a long career in the Information Systems industry. Chuck worked for several financial institutions including, Pullman Bank, Exchange National Bank and the Federal Reserve Bank of Chicago.

Chuck held numerous positions with each of the aforementioned institutions as a Computer Operator, Operations Supervisor, Operations Manager and Assistant Vice President at the Federal Reserve Bank. As Assistant Vice President, Chuck provided official guidance to a staff of eighty-five (85) professionals. He was responsible for administering a $5,000,000 annual operating budget and a $3,000,000 capital budget.

Chuck then moved to the Telecom Industry and continued to utilize his financial training working in the Billing/Invoice/Collections department with WorldCom, MCI and Verizon, all leading Telecommunications companies with national and international networks. As a result of several promotions, Chuck managed an eight member group in the collections area. His group was responsible for collections of past due balances on a client base which included many high profile telecommunications companies as well as other commercial clients.

Chuck has been married to his lovely wife Suzanne for fifty years! He and Suzanne have three children, Laura, Kevin and Karen. They have six grand-children, Suzanna, Jack, Daniel, Adriana, Angela and Alyssa. Chuck and Suzanne enjoy hosting get-togethers for family and friends at their home and fishing in the pond located behind the house.